Severe thunderstorms had threatened much of the East Coast for most of the afternoon. Flights were delayed at all the major airports, many of them canceled until the following morning. After a turbulent flight and rough landing, Scottie was anxious to disembark the cramped airplane and head home to a hot bath and a big glass of red wine. For the past three days, she’d been covering the Republican National Convention in Cleveland. The master of ceremony’s voice still reverberated in her head, and her vision’s spectrum was now limited to three colors —red, white, and blue. She was not enthusiastic about having to repeat the process for the Democratic convention in less than a week.

Scottie flung her camera bag over her shoulder and wheeled her carry-on suitcase through the crowded terminal, down the escalator, and out into the sultry afternoon. Steam rose off the pavement from the recent rain, and the earth smelled like stewed garbage. A couple streaks of lightning lit up the dark sky, followed by rumbling thunder. As she darted across the road to the parking deck, she noticed a bank of clouds rolling in from the west, the promise for a stormy evening ahead. She located her car in the same aisle on the same level where she always parked. She popped her hatch and was stowing her luggage in the back when she noticed her rear passenger tire was flat.

“Damn it!” Her voiced bounced off the concrete floor and ceiling of the parking deck. When the image of her AAA bill lying unopened and past due on her desk came to mind, she slumped back against the car. “This is great, just great. A perfect ending to a miserable trip.”

Removing her cell phone from the pocket of her raincoat, she punched in her husband’s number. She wasn’t surprised when the call went straight to voice mail. She’d been trying to reach him all afternoon, but he hadn’t responded to any of her voice or text messages.

She was too distracted with her phone to notice a man approaching until he was right in front of her. “That’s rotten luck. Can I help you?” he asked, the concern in his voice sounding sincere.

Scottie recognized him from her earlier flights—both the one from Cleveland to Chicago then into Richmond. He was tall, over six feet, with a sandy crew cut and gray eyes. He appeared harmless enough in his conservative suit and capped-toe shoes. Even so, Scottie wasn’t in the habit of talking to strangers.

“No, but thanks. My husband will be out in a minute. He’s collecting our luggage from the baggage claim.” Avoiding his gaze, she gestured toward the terminal.

He rubbed his chin, seemingly perplexed. “That’s funny. I noticed you on the plane. I got the impression you were traveling alone.”

Careful Scottie, she told herself. Remember you’re a married woman.

He continued to rub his chin. “Unless, of course, the three-hundred-pound black man who was sitting next to you is your husband.”

She threw up her hands. “Okay, you busted me. Nothing wrong with a girl trying to protect herself from the advances of strange men.”

“As you should, but I promise you don’t need protection from me. I’m as harmless as they come.” He held his hand out to her. “I’m Guy Jordan.”

“Ha-ha.” She squeezed and released his hand. “I’m Scottie Darden. It’s nice to meet you.”

His gaze traveled back to the flat tire. “Now that we’ve been officially introduced, are you comfortable with me changing your tire, or do you want to wait for your husband to come?” he asked with a hint of sarcasm in his voice and a little smirk playing along his lips.

“Trust me, I have a husband. He’s just not answering his phone right now.” She waved her phone at him before shoving it into her back pocket. Turning her back on Guy, she began to remove her bags from the back of the car. “How hard can changing a tire be anyway?” she asked, lifting the hatch on the compartment that concealed her spare.

“Not hard at all when you drive a Matchbox.” His genuine smile brightened his face. “Why don’t I hold the car up while you change the tire? We won’t even need to use the jack.”

She held up a black metal diamond-shaped tool. “Is that what this is?”

“On second thought, you’d better let me handle this.” He took the jack from her and set it on the ground beside the flat tire. Slipping out of his suit jacket, he rolled up the sleeves on his starched white button-down shirt. “Now, if you’ll hand me the owner’s manual from the glove compartment . . .”

She reached for the door handle, and then stopped herself when she realized he was teasing her. “Are you always this fresh with married women you encounter in parking decks?”

“Only the pretty ones.”

She furrowed her brow. “There you go again.”

“I’m sorry. I didn’t mean to make you uncomfortable. I totally respect the fact that you’re married. No more teasing, I promise.” He set the jack under the frame near the flat tire and pumped up the car. “How much did you pay for this go-kart anyway, a buck ninety-nine?”

She ran her hand over the roof of her Mini Cooper. “I’ll have you know, I just traded my 4Runner for this fuelconserving, high-performance machine.”

“Why would you do that with gas prices at an all-time low?” he asked, as he loosened the lug nuts.

“We have the ozone layer to consider, you know. I’m guessing you drive a Suburban.”

Washington, huh? So he’d been in Cleveland attending the convention just as she’d suspected. His muscular body filled out his suit better than any politician she’d ever met. “Did the airline reroute you to Richmond because of the weather?”

“Yep. The storms are more severe the farther north you go. Washington, Baltimore, Philadelphia, they’re all getting hit hard. I’ll probably spend the night in Richmond, and drive back in the morning. Any chance I can shack up with you?” His expression was serious, but his gray eyes lightened with mischief.

Scottie burst out into laughter. “You’re incorrigible. You know that?”

“That’s what they tell me,” he said with a wink.

They bantered back and forth while they worked. Scottie helped by handing him tools and holding the lug nuts. Within minutes, he’d swapped out the tires and secured the flat in the rear compartment.

“You can’t go far on this spare. Fifty miles max.” Removing a plaid linen handkerchief from his pocket, he mopped the sweat from his brow and then wiped the grease from his hands.

“I’ll deal with it in the morning.” She slammed the hatch shut and turned to him. “All kidding aside, I don’t know how I can possibly thank you.”

“I’m guessing your husband wouldn’t approve of me buying you a drink.”

“Brad would be grateful to you for helping me out of a bind. I’m the one who should buy you a drink, anyway.” A loud rumble of thunder sounded in the distance. “But we should both get where we’re going before the weather worsens.”

“Okay, then. I hope our paths meet again someday.”

“Seriously, Guy, thank you for coming to my rescue.”

He bowed slightly at the waist. “The pleasure was all mine, m’lady.” And with that, he slung his coat over his shoulder and wheeled his suitcase off toward the rental car lot. 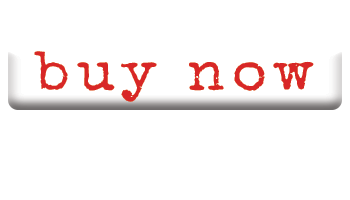 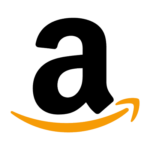 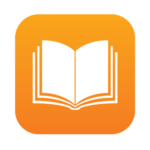 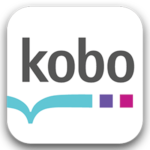