Clichés, what do you think of them? 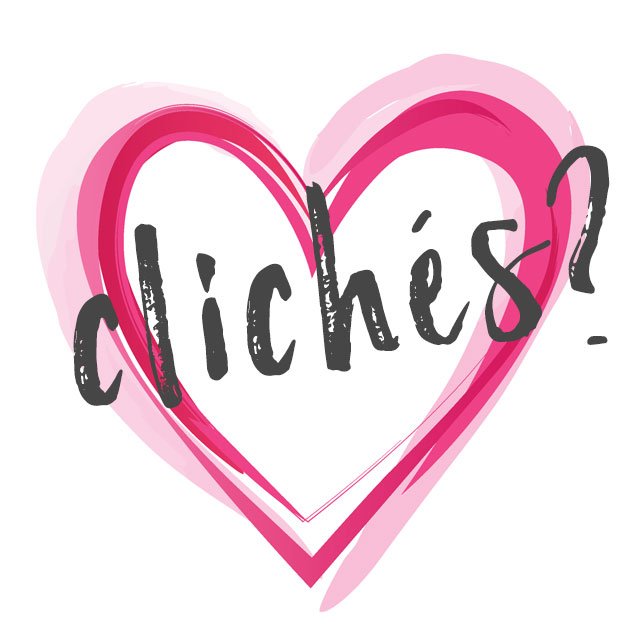 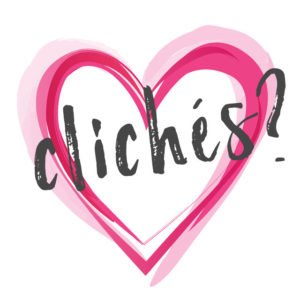 Today seems like an appropriate time to discuss clichés. I don’t mean any disrespect toward Valentine’s Day. But you have to admit there are many clichés associated with the holiday, like the dozen red roses my husband sends me every year. There’s nothing wrong with that either, which is exactly my point.

I talked about clichés often when I blogged over at my now defunct book blog—Chronicles of an Avid Reader. Avoiding clichés is lesson #1 in creative writing. A writer must present original content, stories and characters fresh from their own minds. After all, who wants to read tired plot lines with one-dimensional characters? But, is using the occasional cliché in dialogue also taboo? She’ll let one slide every now and then, but my editor insists I throw most of my clichés out. That doesn’t stop me from writing them in dialogue. I can’t help myself. I grew up in South Carolina. People speak in clichés, often a continuous stream of them.

Some of my favorite clichés

At my wits end
More ___ than Carter’s has liver pills.
Bark is worse than her bite
Tighter than Dick’s hatband
Blind as a bat
By hook or crook
Call a spade a spade
Come hell or high water
Dyed in the wool
Fall by the wayside
Fit to be tied
High and mighty
Fall by the wayside
Hem and haw
Jump on the bandwagon
Lies like a rug
Thick as thieves
Tighter than Dick’s hatband

For me, as a writer, using a cliché is the best way of getting my point across when my characters are conversing with one another.

Stubborn as a mule
Stop and smell the roses
Patience is a virtue
No stone unturned
Roll over in the grave–This one appears in my upcoming release. It survived the first round of edits. 🙃
Instead, she would spend eternity rolling over and over in her grave. All the more reason to be cremated.

I feel that, when used appropriately, clichés add authenticity to dialogue. We talk that way in actuality, wouldn’t we want our characters to speak that way as well?

Do you think it’s okay to use clichés in dialogue? What are your favorite cliches?