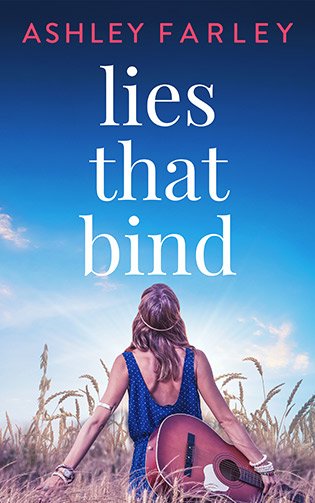 A suspenseful story of three women who, in search of freedom from the lies that bind them, experience personal growth, discovery, and forgiveness.

Ten years ago, Stuart Carpenter was killed in a single-car accident after retrieving his daughter, Reese, from college. The first responders to the accident saw no evidence of her, and she’s been neither seen nor heard from since. A decade later, Reese’s mother, Eva, struggling to make it through her days, holds out hope her daughter is still alive.

Maggie, on the rebound after the breakup of a long-term relationship, rushes into marriage with a man she knows little about. On the surface Eric is a stable man and a good provider, but when his job takes them from Oregon to Virginia, his dark side begins to show. Eric is ready to start a family. Maggie is more interested in pursuing a career as an investigative journalist. Eric will do whatever it takes to get his way. 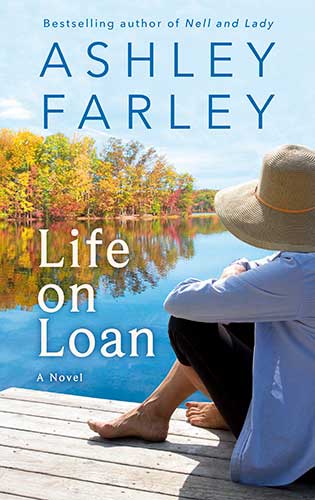 Sometimes you have to get away to find your way.
A change of scenery brings a change of heart.

After thirty years, college friends Lena Browder and Olivia Westcoat have met again by chance at an unexpected crossroads: an airport lounge in Atlanta. Lena is running away from home and her demanding family. Olivia is trying to find her way after a painful divorce. With their old selves in the rearview, they toast to a new beginning—and it starts with a spontaneous dare.

With fresh new perspectives and the renewal of a heartening friendship, Lena and Olivia find their passions, reinvent themselves, and reclaim what they’ve lost. 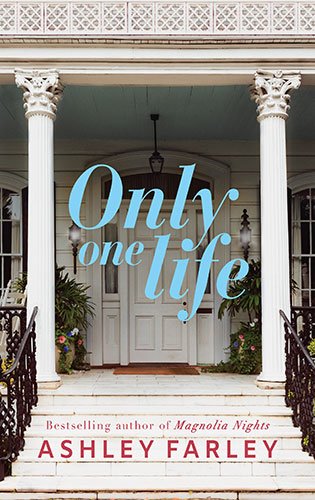 A homecoming becomes a reckoning for an estranged mother and daughter.
A heart-stirring novel of family, long-held secrets, and second chances.

Julia Martin grew up wealthy, but it wasn’t until she met her husband, Jack, that she knew true happiness. He made her feel worthy and loved. Their marriage was also an escape from her sister’s bullying, her father’s scrutiny, and her chilly and enigmatic mother. But when tragedy strikes on the night she gives birth, Julia’s happiness is shattered. She has no choice but to return home to her family’s South Carolina mansion, where the grief and guilt buried in her mother’s past await her.

As a young woman trapped in a bitter marriage, Julia’s mother, Iris, once needed her own means of escape. In Lily, she found a best friend. In the flower shop they opened, she discovered independence. Then came a transgression—unforgivable, unforgettable, and unresolved—that changed Iris’s life forever. 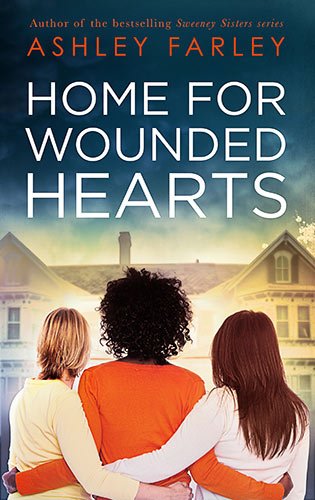 A Novel of Hope and Renewal

Faith Neilson, survivor of an abusive marriage, has finally discovered her life’s passion. She’s established a shelter for women in crisis. Not only for homeless women but also for those who are suffering from abuse, dealing with addiction, or coping with grief over the loss of a loved one. Faith’s mission, when she opens her doors, is to help the residents mend their broken hearts. In the midst of that challenge, she struggles to find additional funding to keep her program afloat while balancing the demands of career and home.

This standalone spinoff of the bestselling Sweeney Sisters series presents a cast of memorable characters. Tilda, who is convinced she has Alzheimer’s. Molly, a street-smart homeless woman who has an endearing childlike quality. Caroline, whose gardening hobby has become an obsession since the death of her son. And Jenny, a young woman whose anger at her husband for having an affair with her best friend has spiraled out of control. 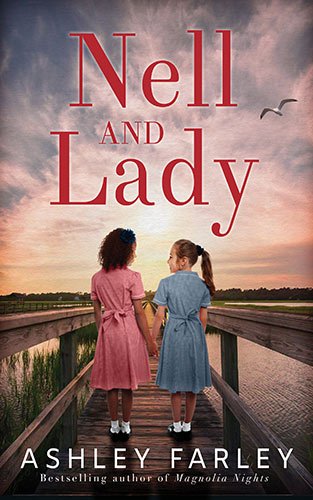 A traumatic secret tore them apart.
Their mother’s dying wish will bring them together again.

A heart-stirring novel of family and forgiveness.

In her grand home in Charleston, Willa Bellemore raised two girls during the tumultuous 1970s. One was her daughter, Lady. The other was Lady’s best friend, Nell—adopted after the sudden, heartbreaking death of her mother, the Bellemores’ beloved maid. Willa showered Nell with love and support, all the while ignoring the disdainful whispers of her neighbors. After all, they were family. Nell and Lady were sisters at heart—sisters who vowed to never let anything come between them.

Then, on the night of Lady’s sixteenth birthday, something went terribly wrong, sparking painful secrets and bitter resentments that went unspoken for three decades. 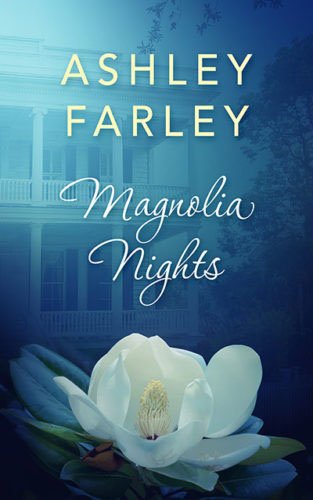 Ellie Pringle has spent endless hours and countless dollars working with a therapist to remember the lost years of her childhood. She’s baffled and more than a little intrigued when the grandmother she hasn’t seen in thirty-four years dies and leaves her a fortune. The time has come to face her past in person. Still reeling from a recent breakup of a long-term relationship, and with nothing to keep her in San Francisco, Ellie packs her meager belongings and boards a plane for the South Carolina Lowcountry.

Standing in the entryway of her grandmother’s antebellum home on South Battery Street in Charleston, Ellie faces the first of many ghosts who will soon haunt her. On her first night in the creepy, creaking mansion, as she’s perusing the titles in a dusty bookcase, she comes across her deceased mother’s leather-bound journal… 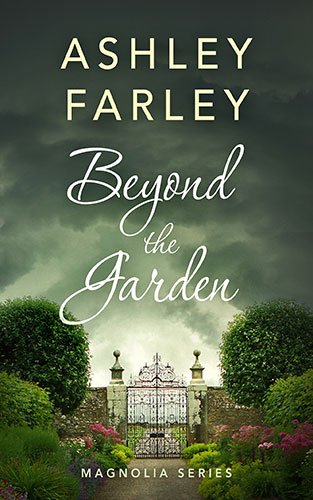 All is right in Ellie Pringle Hagood’s world. Recently married to the man of her dreams and in anticipation of the big family she’s always wanted, she focuses on restoring the large home she inherited from her grandmother on Charleston’s prestigious Battery. Abbott, the father she adores, lives just down the street from her. She treasures her beloved housekeeper, Maddie, who offers wise counsel and loving support, and is the closest thing to a mother she’s ever known. Two days a week, she volunteers for an art program she piloted at an elementary school. But then, in the midst of all her happiness, comes news that throws Ellie’s life into a tailspin. 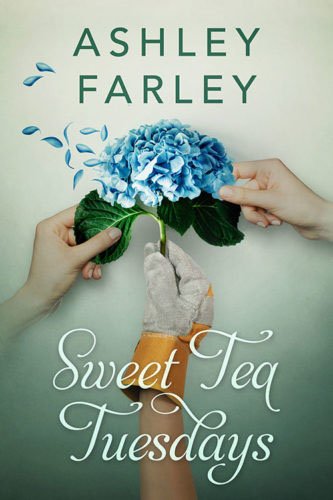 Three best friends met every Tuesday for twenty-six years.
And then they stopped.

From the author of the bestselling Sweeney Sisters Series comes a novel of friendship, family and hope.
When new next-door neighbors Georgia, Midge, and Lula first assembled on Georgia’s porch in Charleston for sweet tea, they couldn’t have known their gathering was the beginning of a treasured tradition. For twenty-six years they have met on Tuesdays at four o’clock, watching the seasons change and their children grow up, supporting each other in good times and in bad. With their ambitions as different as their personalities, these best friends anticipate many more years of tea time. And then, one Tuesday, Georgia shares news that brings their long-standing social hour to an abrupt halt. And that’s only the beginning as unraveling secrets threaten to alter their friendship forever…

Reading Guide For Her Sister’s Shoes 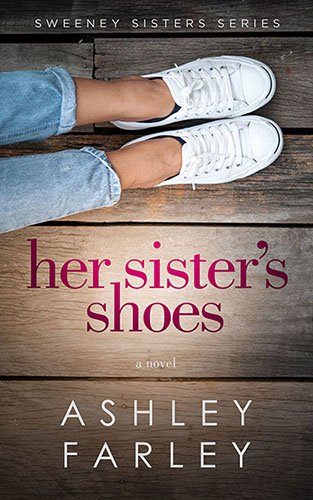 A heartwarming novel that proves the healing power of family.

Set in the South Carolina Lowcountry and packed with Southern charm and memorable characters, Her Sister’s Shoes portrays three sisters—Samantha, Jackie, and Faith—who struggle to balance the demands of career and family while remaining true to themselves. Samantha Sweeney has always been the glue that holds her family together, their go-to girl for love and support. When an ATV accident leaves her teenage son in a wheelchair, she loses her carefully constructed self-control…

Reading Guide For Her Sister’s Shoes 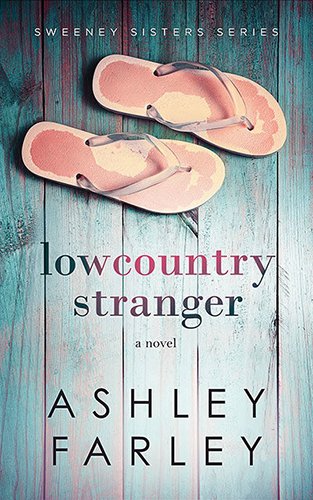 There’s a stranger in town. And it’s no coincidence when she shows up uninvited at a Sweeney family wedding. All eyes are drawn to this urchin who seems to have washed in with the tide. Before the night is over, the doe-eyed waif charms young and old with her street smarts and spunky personality. For better or worse, Annie Dawn is here to stay.

The memorable Sweeney sisters from Her Sister’s Shoes have returned with more suspense and family drama to hold you spellbound until the dramatic conclusion. As she approaches the next stage of her life as an empty nester, Jackie is torn between expanding her fledgling design business and spending these last precious months with her boys before they fly the coop.. 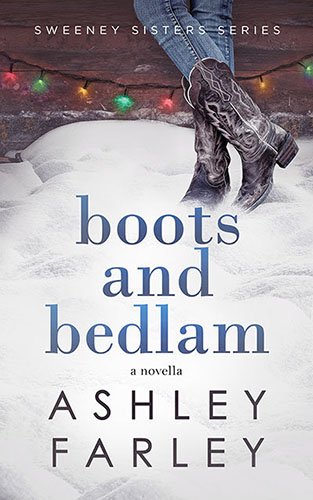 ‘Tis the season for chaos.

Wedding bells will soon be ringing in the Lowcountry. All Sam Sweeney wants is to marry her man on Christmas Eve surrounded by family and friends. But emerging complications, some humorous and some not so humorous, threaten to converge and derail the best-laid plans during the busy stretch between Thanksgiving and Christmas. Amidst the chaos—dealing with real estate, planning a wedding, running a seafood market, honoring traditions, and contending with teenagers… 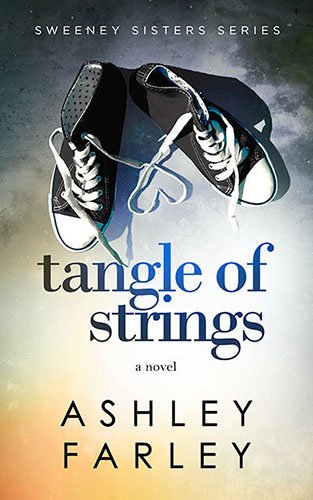 A nearly tragic accident leads to a discovery that rocks the Sweeney family’s world.

Some families never resolve conflicts. Not so with the Sweeneys. Their sense of family, their love for one another, and their willingness to forgive have always triumphed and brought them back together. Until now. The latest crisis threatens to tear the family apart and crumble the foundation that has always proved itself rock solid.

At the heart of the matter are sixteen-year-old Annie Bethune and her boyfriend, Cooper. At stake are their dreams for the future. As to these dreams, no one in the family holds back when asserting an opinion… 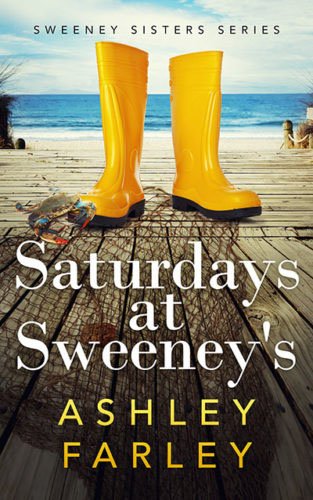 Members of the Sweeney family, young and old, chart their courses for the future in this final installment of the bestselling Sweeney Sisters Series.

When the seafood business Lovie Sweeney established sixty years ago is destroyed by fire, she finds herself at the center of an arson investigation. What really happened that night? Is Lovie responsible for starting the fire or is her family under attack from a sworn enemy?

The loss of their family business leaves the Sweeney clan in flux. Samantha faces the challenges of rebuilding the market while her son, Jamie, on track to graduate from college in six months, must decide whether to make his permanent home in Prospect or move to Charleston where a new special someone resides. At age forty-five, Faith, who has never fully recovered from an abusive marriage, is on a quest to find her true passion? Jackie is distraught when her son… 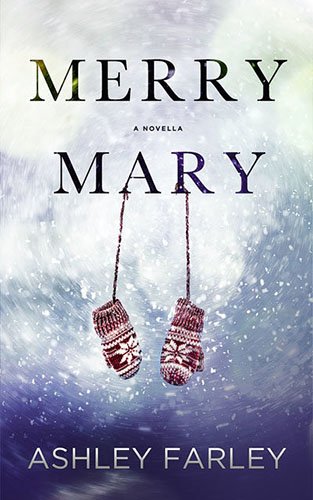 A young woman longing for a child stumbles upon a Christmas miracle.

Investigative journalist Scottie Darden is photographing the homeless for her Lost Souls series when she makes a discovery that could change her life forever. Under a makeshift tent in subzero temperatures in a downtown city park, she finds a woman’s dead body with her infant child. Without her cell phone to call for help, Scottie makes the split-second decision to take the baby home… 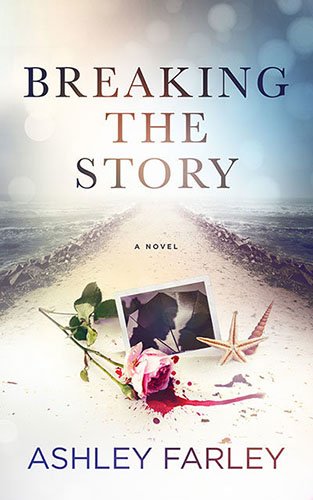 Breaking the Story – Adventures of Scottie

Passion, peril, and a scandal that will rock American Politics.

Scottie Darden’s life is a disaster. Her marriage has become toxic, and her career as a photojournalist has stalled out. To attract the attention of the main players in the news industry, she needs a standout story with a unique perspective. What she finds is a scandal that could turn the 2016 presidential election upside down. But before she can release her damaging images to the media, Scottie must uncover the truth behind the photographs. She turns to handsome mystery man Guy Jordan for help. When they join the campaign trail in search of answers, their investigation quickly becomes deadly.

Hop on board for a wild ride of adventure where desire ignites, lives are threatened, and secrets are revealed… 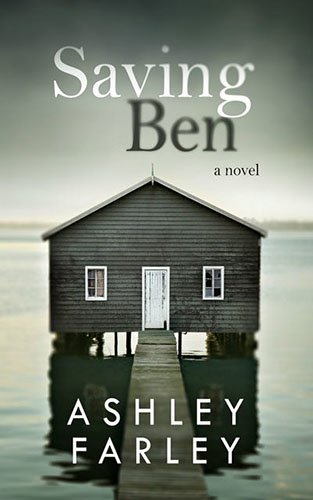 Life is sweet for Katherine Langley, a first-year student at the University of Virginia. She is finally free from the drama of her parents’ dysfunctional marriage and ready to focus on studying to become a nurse. Her brother, Ben, belongs to the hottest fraternity on campus, and her roommate, Emma, is beautiful and charming, a party girl whose answer for a hangover is happy hour. She is also a psychopath… 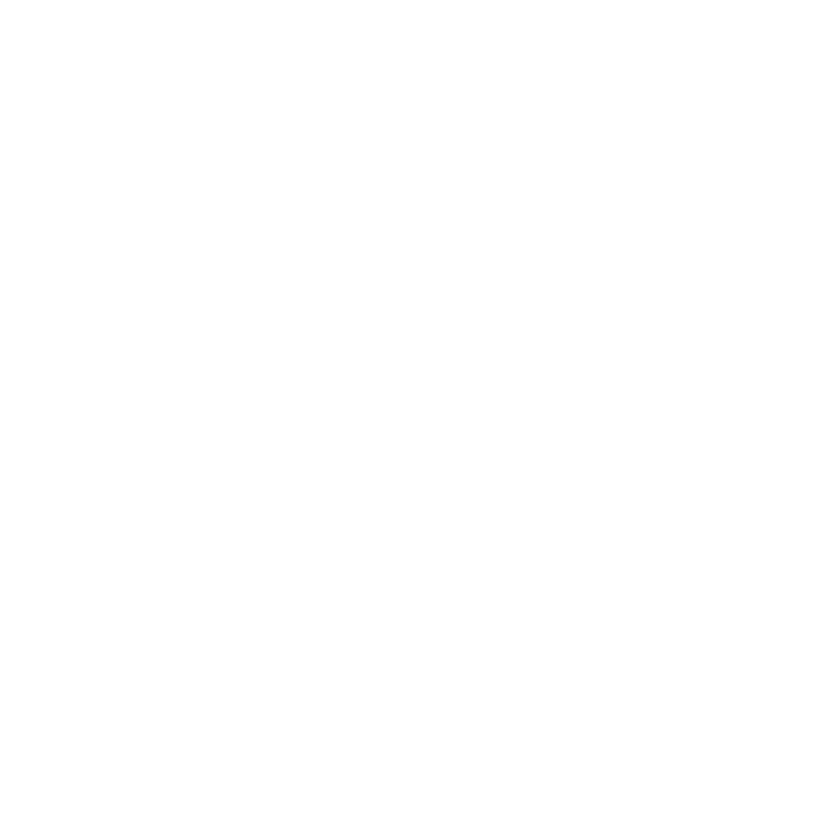